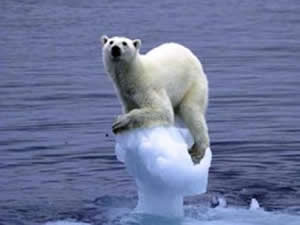 So, today’s assignment is for you to get acquainted with my friend, Claire Berlinski, mostly because she’s really, really smart. You know how some people have this way of taking disparate, seemingly unrelated facts and weaving them into this Grand Unifying Theory that makes you think, “Well, of course, why didn’t I see that in the first place?” She’s one of those people.

A caveat here. She’s not really my friend, and I’ve never met her. I’ve never even seen her or heard her speak. We met on Twitter (she’s @ClaireBerlinsky and I’m @MrLiam), where I think she actually responded to me on one of her threads. Also, I sent her a modest contribution to help support her work, and she wrote the kindest email of gratitude. She likes cats, so there’s that, but everything she writes is thought-provoking and engaging enough to keep you awake thinking about it.

On July 1, she posted on Twitter, “An open thread: What do you expect the United States and the West will be like in ten years’ time, and why? Do you expect the US to hold together? The EU? If not, what will replace them?

“What forms of government will emerge triumphant, and how will we view this period of our history? Who will be the winners and losers? Which old ideas will be consigned to the dustbin of history? Which new ones will blaze across our political awareness? Why?

“Will the world be more stable or less? Happier or unhappier? Richer or poorer? Fairer or more unjust? More harmonious and beautiful, or uglier, more damaged, and more anomic?” (Note: She really did that–used “anomic” in a sentence).*

See what I mean?

I started to reply a few times, and then just gave up. That’s because not only do I not know, not only do I not know what I’d need to know to start knowing, I don’t even know where to look. For example, Plato’s Republic suggested that democracy necessarily leads to tyranny. If I were to similarly respond to Ms. Berlinski’s questions, where would I look for evidence? Our world seems to be awash with autocracies and kakistocracies and all manner of badassocracies, and those seem to be winning out over democracies. But the way things seem now doesn’t mean things will be this way forever, right? Where would you look? What social, economic, and political undercurrents are flowing to suggest a reasonable answer?

Or, say, the novel coronavirus thing that doesn’t really seem so novel anymore? As of this writing, it’s out of hand in the U.S. and relief is not in sight. We can wax on about who’s right, i.e., science, and who’s wrong, i.e. those in authority, but then what? Win the argument and lose the sale, as Standard Oil taught my salesman father. Add to this the purported cures–thoughts and prayers on one hand, or a Godot vaccine on the other. The former doesn’t work at all, while the latter may work half-assed or not at all. We may wait for Godot for years and years, and the curtain could drop in the meantime.

Which brings us back to Ms. Berlinski’s questions. The answers? As Tevye the Dairyman said, “Well, I’ll tell you: I don’t know.” I started contemplating some with this previous post on the fallout from the Black Lives Matter protests, thinking, naively perhaps, even chauvinistically, that solutions for the larger problems in America might show a pathway towards figuring out how world history would begin to play out. Since the end of World War II, America really has led the way forward with Pax Americana, if you will, with both good and bad consequences. Ms. Berlinski once noted that the price of keeping the world’s sea lanes free and open might be American hegemony. Well, okay. Sociologist Michael Mann, in his book Incoherent Empire, posits that the U.S., in a transition from Republic to militaristic empire, can’t figure out if it’s a universal force for freedom, justice, and human rights, or if it’s just there to bomb the crap out of any country it doesn’t like or whose stuff America’s oligarchs want to take.

Honestly? Where we go from here is anyone’s guess.

Do I expect the U.S. to hold together, and what form(s) of government will prevail in ten years’ time? My reflexive response is “not entirely” and “authoritarian.” But why do I think that? I don’t know why, not just because of the above not-knowing, but also because of the black swans large and small. What if, say, China doesn’t stop at Hong Kong, but goes on to invade Taiwan as well? What if Pakistan or India nukes the other? What if Russia invades Lithuania? What if North Korea accidentally blows up Guam? What if a giant meteor smacks Paris and burns a wide swathe to Berlin?

I’m also cursed with indecisiveness, by which I mean that nearly every conviction I have is subject to doubt. An example is a creeping premonition that all those incidents involving people with guns may not be a few nut jobs, but the beginnings of an insurrection. I don’t mean the mass shootings, such as Sandyhook or Columbine or Florida Pulse or Parkland or a dozen others. I’m thinking of Cliven Bundy in Nevada, Ammon Bundy in Oregon, Boogaloo, the Oathkeepers, the Three Percenters, and many similar militia groups. Insurrection? Country breaking up? You tell me. I can be talked out of it.

Which brings us back to Ms. Berlinski and others like her. I think she leans conservative, but I’m not sure. In her case, it doesn’t matter. Heather Cox Richardson leans to the left, but it likewise doesn’t matter. It doesn’t matter because both have a marvelous ability to synthesize events into a coherent narrative that might–might–help each of us, if not offer answers to the questions in Ms. Berlinski’s Twitter post, at least get us thinking about them.

It’s hard, I know. I mean, take the question, “Do you expect the U.S. to hold together?” I can’t get past why the question comes up, let alone attempt answer it. That said, America, even the world, I’m pretty sure, is at an existential moment, however you define “moment,” and we all need to seriously contemplate a host of concerns that were unimaginable a couple of short years ago.

I mean, really–Is this where it ends?

*Anomie is a societal condition defined by an uprooting or breakdown of any moral values, standards, or guidance for individuals to follow.[1][2] Anomie may evolve from conflict of belief systems and causes breakdown of social bonds between an individual and the community (both economic and primary socialization; normlessness (from Wikipedia).