When you’re young, you view your life as a series of options, but when you’re old, you see choices. Once you get within spitting distance of your date with Charon, you inevitably try to put it al 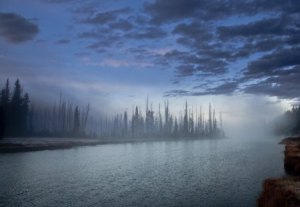 l in some kind of order.

One of the first things you learn in an entry level J-school course is that the most popular sections of the newspaper are the Letters to the Editor and the Obituaries. True, that was in the olden days when lots of newspapers existed and people actually subscribed to and read them. But still.

The custom now is for the newspaper to peddle space to the bereaved to place obits for the deceased. These tend to be florid and abstract, quite lacking in the neat conciseness and paucity of words that used to be requisite. Real journalists knew how to make them newsworthy, realizing obits are for the public, not the deceased.

On one hand, I don’t want a boring obituary. On the other hand, I’ll be dead and won’t give a damn. Threading together those extremes requires me to write my own obituary and stick it in with all the other stuff for the heirs–the will, the key to the safety deposit box, the list of website passwords, and that sort of thing. No one will have to argue over who gets to–has to–write the damned thing. All someone has to do is fill in the blanks.

Blanks? Date of death, cause of death, that sort of thing you don’t know until it’s too late. The memorial service, if any, which will be for the survivors’ benefit and not mine. Obits need to have that sort of basic information. Business is business, and one of the things I can do by writing my own is to cut the fluff and to the chase. When you’re dead, you’re dead, and three weeks later, nobody will think about you anymore, my father said. Not counting your creditors. But you will have something of an adoring public for part of those three weeks, so take advantage of it.

I’ll be sure to say I died. Not “passed,” “passed away,” “left this world to be with Jesus,” or any of that kind of crap. I’ll enliven it a bit by saying, “croaked,” “bought the farm,” “bit the dust,” or somesuch, but what happened will be unambiguous. The date of death will be noted. This is basic journalism–who, what, when, where, how, and why.

Ah, the why. Obituary habitues want to know why you checked out. Car accident? Got drunk and fell out of a window? COVID-19? Cancer, stroke, heart attack? Some long illness? Suicide? It needs to be there. If you leave the obit writing to others, they may feel a need to mask the cause of death for one reason or another. Don’t let them. Unfortunately, you’ll be dead and won’t be able to do much about it, but you can do what you can.

Parenthetically, I can skip platitudes with illness, such as “ended his long battle with amyotrophic lateral sclerosis” or whatever.  You don’t battle ALS, you suffer from and endure it. “Battle” implies that you could have won through pluck or effort, and had you tried harder and not been the slacker you were, you might have lived.

At your memorial service, assuming anyone shows up, people will ask, “Was he old” or “Was he ill” or “Did he ever smoke” or whatever. Those questions will really piss off your surviving relatives, since the answer means either (a) your time had come anyway, so your demise is no biggie, or (b) you asked for it. To them, you’re dead and that’s (presumably) sad, so what difference does it make why you croaked? They’re entitled to their moment of grief, so just get it out there in the obit and forestall the issue.

The hard part comes with the dash, that little nugget of punctuation that’s a trope of your existence between the date of your birth and the date of your demise. The events of a life, such as birth, marriage, parenthood, and so on. The feats you accomplished. The mountains you climbed. The selflessness you exhibited. The way you made the world a better place.

But whoa! What if you didn’t do anything to make the world a better place? What if you weren’t, say, a teacher, or public safety worker, or nonprofit world-saver, or philanthropic gazillionaire, and you lived a life that was comparatively uneventful? “You need to do something to put in your obituary,” my father said. Well. No outsider can put lipstick on the pig of your mortal journey. But you can.

Just come up with a bit of wisdom and run with it. It’s your obit, after all, and you’re paying for it, so it can say what you want. W.C. Field’s tombstone said, “On the whole, I’d rather be in Philadelphia.” Not an obituary exactly, but it’s in that same vein. There’s also inspiration in last words:

But you get the point. Use your imagination and go from there. For example, if you have more than one child, you can say, “Beatrice was right–Arthur was always the favorite.” Or showcase your regrets: “I should never have dumped the sugar into the vice principal’s gas tank.” In my obituary, I intend to recommend against old age, as there’s very little future in it.

There’s the old story of the funeral where the preacher ended his litany and asked the assembled if anyone would like to say a word about the deceased. A long silence followed, until a voice from the rear said, “His brother was worse.” Writing your own obituary gets you and your bereaved out in front of these types of annoying inconveniences.

Or, to put it all another way, what happens if the Grim Reaper is knocking at your door and you’re not ready to open it just yet? I don’t think anyone’s ever ready to answer the knock until the very end, but as rhyme and meter make an epiphany into a poem, so might tinkering with your final panegyric offer some perspective.

1 thought on “Ruminations on the Road to the River Styx”