First, there was this: 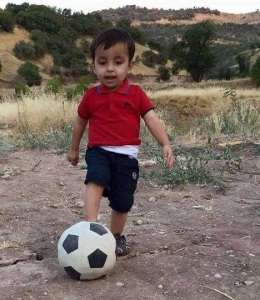 Then, here he is again!

I do. I do because I believe we all have collective responsibility for nearly everything that goes on in the world. Sometimes, it’s responsibility by commission, by doing something to directly cause something else. Sometimes, it’s responsibility by omission, by not doing anything to prevent a situation or mitigate it. For example: As a school board member, I voted to modify the curriculum (commission). As a citizen who neglected to vote, I passively let it all go (omission).

I was 11 years old the first time I was in Europe. It was 15 years after the end of World War II, and while the postwar’s destructive dystopia was over, even I could feel an edginess in the air. But there was a cool part, really cool, if you were 11 years old.

I remember a German woman mentioning that the Americans saved her city from the Russians. I remember an English man on a train remarking how wonderful it was that he could talk to Germans only 15 years after being at each others’ throats, and he had the Americans to thank for it. In a patisserie in Paris, I remember a customer saluting, smiling, and saying how grateful he was for the Americans. Something similar happened in every country I visited.

In grade school, students used to get The Weekly Reader, a kid newspaper that talked about events all over the world. It was pretty saccharine, but it was also a window to the rest of humanity. I remember one article–I forget the person and the country–but he said how grateful he was for America. If there was a flood, earthquake, or other disaster, supplies stamped “USA” were the first to arrive.

You tell me. In a country whose strength has made it safe for decent shopping and free gifts, pictures like those above are little more than pornography of sorts, and all too many of us are little more than voyeurs taking a thrilling peek before moving on to the next one. It’s as though misery is always over there on some island where some other poor bastards got voted off. Too bad, so sad, so glad it’s not us.

These photos and videos have moved me more than I can recall, and I wanted to help. I still harbor the myth that Americans care and that our country needs to be the world’s beacon of hope. That’s why I set up a fundraising page with Mercy Corps, and it’s an opportunity for everyone to help a little or help a lot (or, even, not at all, I suppose).

Click here, and donate what you can. In your heart, you will hear the people sing.